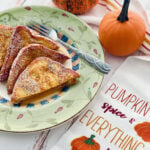 Pumpkin Spice French Toast is the ultimate breakfast and brunch treat for fall. It's made with brioche bread that's stuffed with cream cheese, then slathered with pumpkin butter and fried to perfection!

Why You'll Love It

You probably have most of these items in your pantry at home, except for pumpkin butter (ad) and brioche bread which are easy to find at your local market.

1 - Start by mixing cream cheese with pumpkin spice and maple syrup. Spread it on one slice of brioche bread.

2 - Spread pumpkin butter on the other side of bread and close to make a sandwich.

3 - Make egg wash by beating eggs with milk and a dash of pumpkin spice. Pour into a shallow pie plate or bowl.

4 - Dip both sides of brioche bread slices in egg mixture. Let excess drip off of bread before adding it to a skillet with melted butter.

5 - Fry the french toast on one side for about 2 minutes in a skillet over medium heat. Flip with a spatula and fry the other side for 2 minutes more until golden brown.

6 - Remove french toast from skillet and place on a plate. Slice in half and sprinkle with powdered sugar if desired. Serve with maple syrup on the side.

What is brioche bread?

Brioche bread is made with a higher content of eggs and butter which makes it more rich and dense than regular bread. It's perfect for making french toast because it holds up to an egg wash and any fillings that are added. Find it at Aldi stores or your local grocery.

What is pumpkin butter?

Pumpkin butter is basically made with pumpkin, sugar and spices. Every fall, I make a trip to our local farmer's market to pick up a jar of pumpkin butter. It tastes great as a spread on toast, and makes the perfect filling for this recipe. You can also find it at most grocery stores and online at Amazon. (ad)

Is French toast from France?

It's not really clear where french toast originated, but some folks believe it actually started in the Roman empire. Sometime around the 17th century it appeared in England, and was brought to America by settlers. There is a version of this recipe in France called 'pain perdu,' which translates to 'lost bread.'

Serve stuffed french toast with butter, maple syrup and powdered sugar as shown above. Or, add a dollop of homemade whipped cream and pecan crumbles on top for an over-the-top experience!

This french toast recipe is almost like a dessert, so ice cream would be a great addition if you're eating it as a sweet treat.

If you love this recipe, be sure to try my other fall favorites...

Pumpkin Spice French Toast is the ultimate breakfast and brunch treat for fall! It's stuffed with pumpkin butter and cream cheese, then pan fried and served with maple syrup.

Sharing is Caring! If you love my recipes, please share with friends! Also, check out Quiche My Grits recipes on Weekend Potluck every Friday. 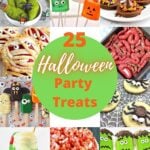 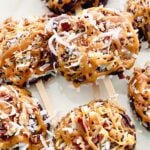 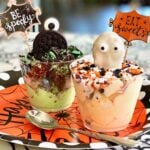 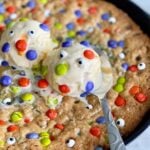 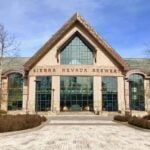 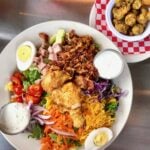 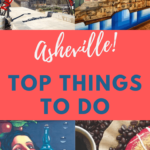 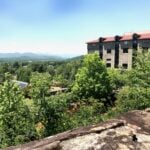