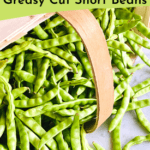 Have you ever heard of Greasy Cut Short Beans? They're as southern as it gets. If you're from my neck of the woods, you probably know all about greasy cut shorts, or greasy beans, as the locals call 'em.

Are you're wondering how to cook and season these heirloom beans that originated in the Appalachian mountains? Well, I'm fixin' to tell you how to make the best green beans you've ever tasted.

What Are Greasy Cut Shorts?

Greasy cut shorts are very different from any green bean you've eaten. The seeds inside the hull are large, and can sometimes bust out and be as big as dry beans. That's why they're often called 'bust out' beans.

You basically get two beans in one...both green and dry. Greasy cut shorts are more satisfying than other green beans, and have a higher protein content. This makes them a popular choice for dinner with a cake of Southern Cornbread.

Why Are They Called Greasy?

These beans are called greasy because they take on a shiny appearance. There's nothing greasy about them, but they have a smooth pod that looks shiny, especially when cooked.

If you run your fingers along the pods, you'll also notice they have no peach fuzz, which is why they're often described as 'slick.' Old timers say that the seeds grow so closely together that the ends are 'cut short.'

No matter what you call them, this heirloom vegetable is a southern treat you won't forget.

Where Did They Come From?

There are as many varieties of greasy beans as there are families along the Blue Ridge. That's because folks from Appalachia passed down their seeds through the generations, creating several heirloom beans. In fact, some greasys have been traced all the way back to the 1700's, when a bride would receive seeds as a gift from her family.

Greasy cut shorts were the favorite type of bean that my Granny Mac planted in her garden. She was from Hazelwood, which is located in Western North Carolina, one of the areas where greasy beans originated. Greasys are also well established in eastern Kentucky.

I have fond memories of stringing beans with Granny on her front porch every summer, while she kept an eye on a big pot of greasys with a chunk of fat back buried inside. My great-grandmother Compton was there too, rocking in her chair, and dipping snuff like there was no tomorrow.

Where To Buy Them

Every year around the middle of July, greasy cut short beans go on sale at the WNC Farmer's Market in Asheville, and along roadside stands like Duckett's Produce in Canton, NC. They're harvested from local farmers who sell them by the pound or the bushel.

They're not cheap, but they're in great demand. Greasys often sell out as soon as folks discover they've arrived. My aunt Judi, who now lives in Connecticut, adores these beans and has been known to buy a big mess of them whenever she visits. Once you grow up on greasys, no other bean will do.

How To Order Seeds

The best way to get your hands on these beans is to grow them yourself. You can find heirloom seeds such as Pink Tip Greasy from Bethel, NC on the Sustainable Mountain Agriculture website.

They have both greasy beans and greasy cut short seeds for sale. There's even one named Lazy Wife Greasy which must have been named by a disgruntled farmer!

How To String Green Beans

Before you can cook greasy beans, you have to string 'em and break 'em. Sorry, but you can't skip this step. Nobody likes strings in their beans!

This is definitely a time consuming process, but well worth the effort. Back in the day, stringing beans was a family affair, and still is in some southern regions.

To string beans, hold one in your hand and use your thumbnail to dig into the end of the bean. There, you will find a string that can be easily pulled from one end to the other.

Repeat this step on the other side of the bean, then break the bean into halves or thirds, depending on how long the beans are. Place the broken beans into a large colander, and discard the strings into a bowl.

Which Seasoning Is Best To Use?

Since greasys take about an hour to cook, the seasoning is very important. The southern way is a good place to start, which includes salt, pepper, and some type of pork or fat.

Granny Mac used fat back, or salt pork, which is a large chunk of fat from the back of a pig. I prefer to use several slices of bacon cut into thirds. The bacon gives the beans a smoky flavor. You could definitely use butter if preferred.

I also like to add garlic powder to my beans (and to most anything I cook to be honest). It's not unlike me to throw in a teaspoon of seasoned pepper (ad) or peeled onion wedges. Many Appalachian cooks would pitch a fit at the thought of such a thing. 🙂 Actually, I think it gives the beans an amazing flavor, so I'm sharing my favorite recipe with you.

How to Cook Greasy Beans

Once the beans are strung and broken, place them in a colander and rinse with cold water. Get out your largest stock pot and sauté 4 strips of bacon after cutting it into thirds.

Place beans in the pot with bacon and grease, then add chicken (or vegetable stock) and water until the beans are covered. Bring contents of pot to a boil. Reduce heat to simmer, add seasonings, and cover beans while they continue to cook for at least one hour.

Some people argue that southern green beans are cooked to death, but I will stand behind my Appalachian roots any day of the week. These beans are tender and melt in your mouth, which is how true southerners love 'em.

After the beans have cooked for a while, most of the liquid will be rendered down. Give them a big stir, then serve greasy beans alongside Crunchy Parmesan Chicken or Smoked BBQ Meatloaf. Or, you can serve a summer supper with squash, sweet potatoes and heirloom tomatoes.

If you want to really get a taste of the south, top your beans with Granny Mac's Goulash, which is our family's relish of choice.

Once you make Greasy Cut Short Beans, you'll need more southern sides to go with them. Here are just a few of my favorites...

Greasy Cut Short Beans originated in Western North Carolina and are the best green beans you'll ever taste! They're called greasy because they're smooth and shiny, with no peach fuzz on the pod. 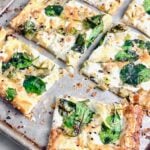 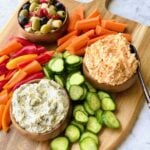 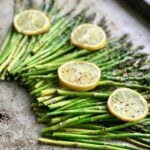 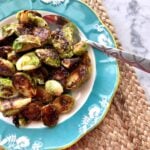 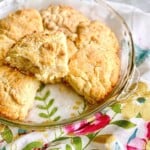 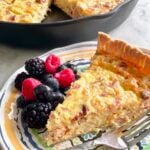 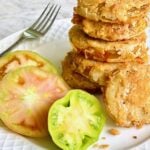 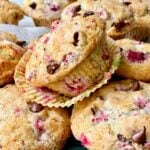