Skillet Tomato Galette is a combination of three cheeses, juicy tomatoes and caramelized onions wrapped in a pastry crust. It's like a tomato pie with a twist!

What is a Galette?

I've been into galettes lately...and crostatas...and pies...and tarts. Whatever you call them, I'm into anything that has a golden brown crust.

If you don't know what a galette is, no worries. Neither did I until my savvy daughter-in-law made one for dinner. It's pretty much like a crostata, which was also new to me until I made one last month. I looked up the difference between a crostata and a galette and here's what Google said...

There's no difference. They're basically the same thing. Both are rustic pastries folded over a filling which can be savory or sweet. It's their heritage which causes them to have different names.

Crostatas are native to Italy, while Galettes originated in France. Kinda like twin brothers of a different mother. 🙂

Here's what I know...this recipe was fun to create! You throw it together in layers which makes everything happen pretty fast (even though the recipe seems long).

It starts with three types of cheese, followed by garden tomatoes, more cheese, and finally...caramelized onions. Fold in the edges of the crust and you've made a yummy galette...right in your cast iron skillet! (ad)

For all you bakers out there...shut your eyes...'cause this galette skips all the dough slinging I don't have time to do. As far as I'm concerned, refrigerated pie crusts were made by angels. Did you know they make them with butter now instead of lard? Precious Angels.

I think I mentioned in a post about flatbreads that I'm a tomato-loving girl...especially when those lovelies are paired with Duke's mayonnaise. (ad) Well, this Skillet Tomato Galette is nothing short of spectacular if you also crave that combination.

I could go on and on about tomatoes, crusts, cheese and mayonnaise, but I better get to the recipe before I start drooling all over this blog. If you're hungry enough to make this galette, please leave a comment below and tell me what you think!

If you're crazy about tomatoes like I am, try these other yummy dishes...

Skillet Tomato Galette is a delicious combination of three cheeses, tomatoes and caramelized onions wrapped in a pastry crust.

Cool galette for at least 30 minutes before serving.  This allows time for the juices to set.

This recipe goes well with my Lemon Butter Asparagus.

Sharing is caring! If you love my recipes, please share with friends! Quiche My Grits also submits recipes weekly to Weekend Potluck. 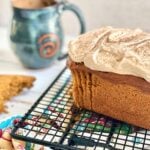 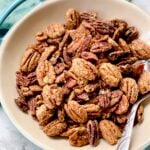 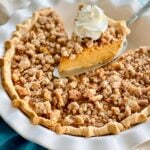 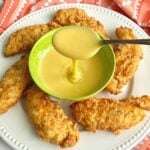 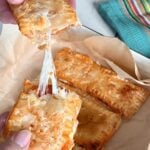 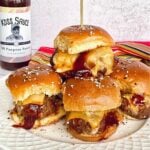 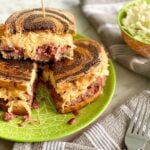